The DLx-MUXDIAG-II is a compact data logger which is particularly well suited to "on road" applications It is used to log the data flowing simultaneously on 1 CAN High Speed or Low Speed link, 1 CAN HS link, 2 ISO9141 links, 2 LIN links and on 2 ANA/binary inputs. Supplied with a memory capacity of 16GB (expandable), a wired remote control and the Exxotest Data Logger Control app for Windows OS, used to configure the data logging and restoral sequences.

The range of pinout options on the 16-channel, "OBD" SAE J1962 connector, controlled by the allocation of the non-standardized channels, is covered by several versions of the USB-MUXDIAG-II product, each of which is tailored to the various manufacturers: PEUGEOT, CITROEN, RENAULT and FORD.

The DLx-MUXDIAG-2 datalogger is supplied in a case together with:

Products in the same category

See all products in category > 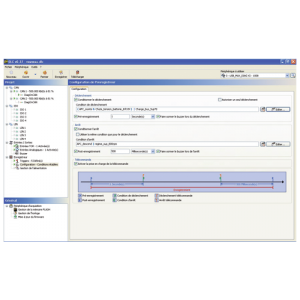 The DLC Option extension lets the users use the USB-MUX-4C4L and... 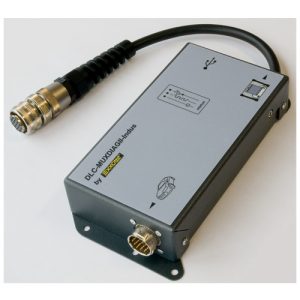 EOL data logger for CAN,...

Details
We use cookies to ensure the best experience on our site. If you keep on using it, we will consider the use of cookies accepted.OkRead more